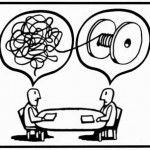 This website is intended to keep track of the multiple online agencies and identify quickly what to expect from some of them, regarding quality and pay.

It serves as a useful ressource for translators looking to hear more about agencies before they sign anything or accept a contract as well as for translation buyers who are not familiar with the industry and wish to carefully select translators for their project.

It is difficult to get open information about translation agencies and this blog aims at rectifying this, by naming and shaming companies which engage in malpractice and business attitudes that are threatening to become the norm in the translation industry.

Bad practices may cover a broad range of actions, and whether buying cheap intellectual labour qualifies as one or not is for you to decide.

In the meantime, all so called "brokers", "sweatshops" or "bottom feeders" wishing to pay peanuts for intellectual work requiring several years of study will also be included in this list under the low pay criteria. Low pay includes any imaginable offer under 5 or 6 eurocent per word, which is about twice as low as recommended european prices for translation. (See associated article on "Today's translation market").

We provide here a collaborative and dynamic blacklist and any contribution from dissatisfied translators or buyers is welcome. If companies mentionned would like to add their comments, they are invited to express them by e-mail and their comments will be published on this blog.


Published by Translationethics at Tuesday, January 14, 2014 No comments:
Email ThisBlogThis!Share to TwitterShare to FacebookShare to Pinterest

Following the article on Capita, written a few weeks ago, I would like to share a frightening report with you before it gets "blended" in this blog's blacklist. I thought it deserved a little bit more attention that the rest of the updates and hope it will be a wake up call for anyone still working with this agency. Such behaviour is absolutely disgraceful and should not be tolerated by the community of translators. It becomes apparent that this company is desperate and is trying to intimidate and shut down anyone rebelling against their dodgy ways. This is quite unbelievable.

Here is an email received yesterday, 6/1/14:
"Capita translation and interpreting UK.
I have been contacted by a lady working for this company asking me for collaboration. I accepted. Then another lady from the same company replied to my email and asked me to do a test first of 1035 words. I said yes. Then I was contacted by a third lady who asked me to be added to their database and I did. At that very moment, I had doubts about the company so I checked many websites and found your blog with two other negative feedbacks about this company. The following day one of the ladies contacted me about the 1035 word-test i was supposed to accomplish but I did not answer. Another lady called me on my mobile late in the evening more than SEVEN times. I did not answer. One of them sent me a BOSSY email asking me to submit the "translation" because due time was exceeded. I did not answer. They sent me another email asking me to send the TRANSLATION because it was urgent!!! In reality, what they gave me to translate was a test and not a translation but since they insisted on it I understood they divided a big project over many translators and asked them to do it as a test while they had no intention to pay them for it. It is not over, one of the ladies tried to call me again and again but I ignored her. She sent me two or three emails asking me to urgently provide the translation. At that moment, I replied saying she had confirmed my doubts. Strangely enough, she told me that the "translation" was assigned to another translator and that she needs explanations about what I mean by "doubts".  I understood I was the one who is questioned not them!!! I sent them an email with links to the negative feedback about their company but they did not answer!
after more than three weeks, a fifth person from Capita  sent me an email, before that he tried to reach me by phone, asking to speak with me and to make me speak with someone senior in the company who is going to make things clearer about the "defamation" and "negative press"  made about their company.
So, instead of paying their translators and interpreters, these people are harassing me with emails, phone calls, Skype calls!!!
Shame on Them!
SJ

Nota bene: the Test was 980 words long. A normal test should be 250 words max and you should be able to decide for yourself when you do it. They are not allowed to impose a deadline for a free test. 1000 words is the equivalent of 3 hours work and it should be paid. Asking for payment for a test is good business practice and if everybody respected this simple rule it should prevent this kind of abuse.
Nevertheless, whether this was a test of not, this kind of behaviour from Capita is sickeningly out of line.
Published by Translationethics at Tuesday, January 07, 2014 No comments:
Email ThisBlogThis!Share to TwitterShare to FacebookShare to Pinterest
Newer Posts Older Posts Home
Subscribe to: Posts (Atom)